About a month ago I trucked mini'd down to Wear Else in Oakridge Mall to check out Jason Matlo's Trunk Show and get a sneak peak of his 2013 Babe collection.  While I have been a fan of Jason's for quite some time, it has only been from afar and I was delighted to get some up close and personal time with the acclaimed Vancouver designer.

On first inspection I was a little shocked to see colour, as well as a couple very fun patterns.  Many people know Jason Matlo as black's biggest fan so when I saw jewel tones I was surprised and delighted. 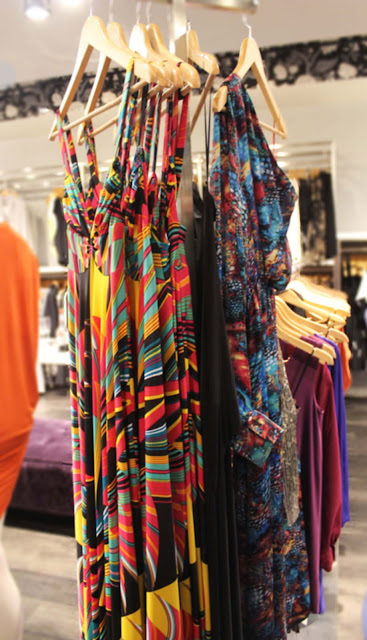 This psychedelic pattern on the left, from his previous collection, is so "Good 70s", it just makes me want to throw on a head scarf and groove. I also love the one on the right, very "elegant dinner on a starry night"..... oh how I love me a good pattern! 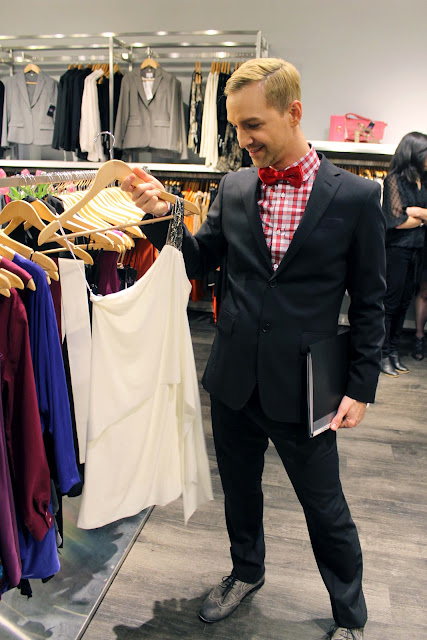 Jason, looking spruced as always, gave us a little run down on how he felt about each of the pieces, and on his own surprise at how much he is loving the jewel tones.. 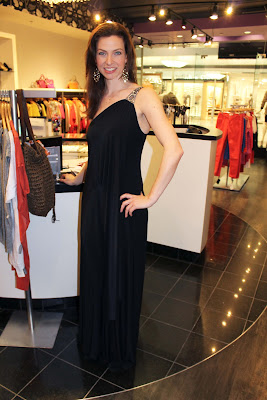 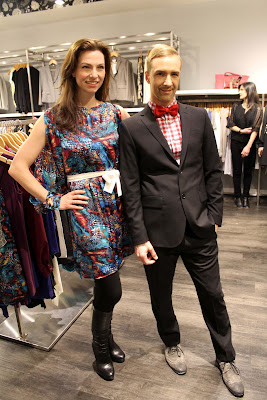 The lovely Tanis added some life to the pieces by modeling the black floor length gown and the "starry night", open arm frock.. 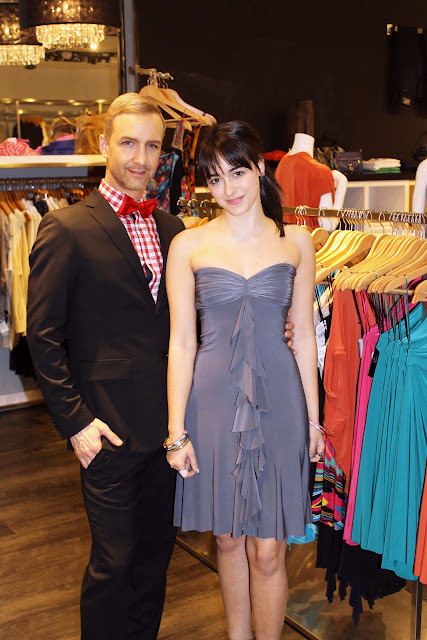 Tanis raved about how comfortable and wearable the dresses were,  I was skeptical so I thought I'd try one on myself..... bottom line she was right, I was wrong...I really didn't want to take the piece off 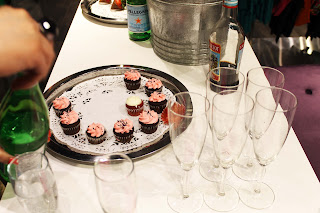 ...and of course what's an event without wine and cupcakes?

This was the first time I really took a look at Jason's Babe line.  I really love how it is so accessible and wearable for so many different shapes and personalities.  He really thought about the type of woman that he wanted to wear his line and made it super affordable for the everyday woman.

What's next for Jason Matlo? 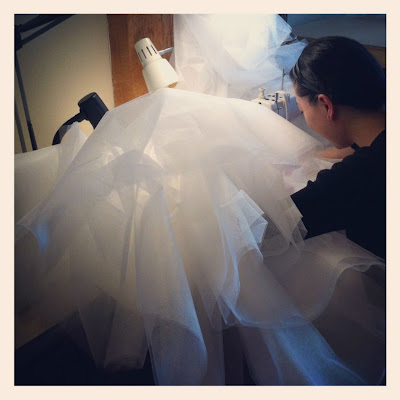 Well you may have thought that he is flying under the radar lately, but that's only because he and his team have been working meticulously on a serious bridal bomb. We're talking miles of tulle, hand beading, and white that'll make the heavens jealous! He will be putting on quite the show very very soon so keep your eyes peeled for a serious bridal explosion, and beware of Bridezillas ready to take down Vancouver just to get their sparkly ring fingers on one of his creations.

Any comments on Jason Matlo's Babe 2013 collection? How about those patterns? 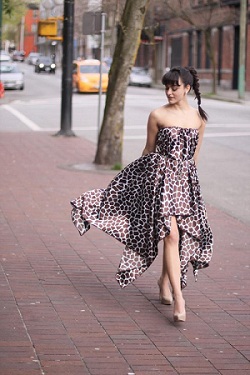 Whoever said cute and sexy don't mix???!!
Clarisky Business is a collection of clothing designed to make wearers feel cute yet sexy. While many of the pieces are a tad bit "risky" i.e. shorter skirts and open backs, they are still classy and appropriate to wear in front of your boyfriend's mother ;).
My designs were originally meant as a personal escape to the tired, overdone trends found at the mall, but I quickly realized that others enjoy my designs just as much as I do.
Hope you like.